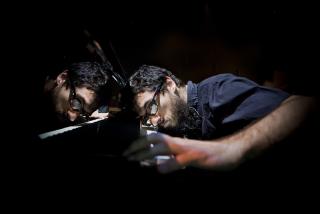 “Polyglot” is how theNew York Timeshas definedLeo Genovese, in a rave review of his new album Seed, the third one as a soloist. It is such an accurateterm to describe the musical universe of this pianist, composer and arrangerborn in Venado Tuerto, Santa Fe, who has become internationally known for his many years as a member of Esperanza Spalding’s band, but who also boasts credits with Hal Crook, George Garzone, Jerry Bergonzi and Jack DeJohnette, among others.

Leo does not only play the piano wonderfully and in a unique way, but he also uses electronic keyboards, or the Rhodes or Wurlitzer pianos;the melodica or unusual wind instruments such as the bamboo sax. Regarding his pianistic style, prestigious Spanish magazine Cuadernos de Jazzhas said, “It is easy and tempting to succumb to the myriad of voices and styles that, within the most honest vanguard, seem to flow from the magic fingers of this musician, who caresses, rather than evokes, Thelonious Monk as well as Cecil Taylor, tango as well as the most current sonic experiences; but as you listen to his music over and over again, when you break through that amazing shell, what you find is a really unique musician with a clear vision and boundless technical mastery to express it.”