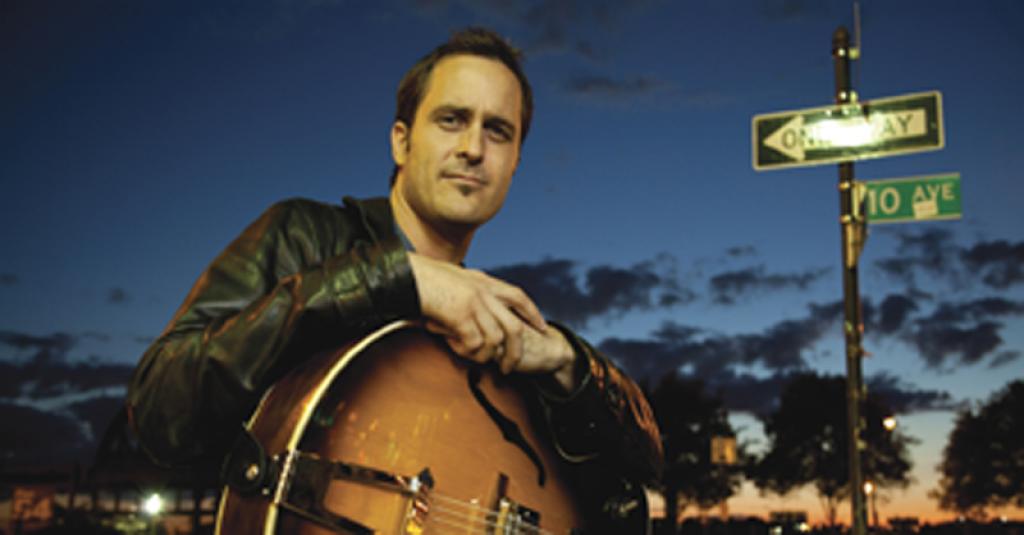 Guitarist Jonathan Kreisberg has transformed from art rocker to fusion hero to jazz traditionalist – all in the span of a decade. The native New Yorker moved to South Florida as a child in 1975 where he graduated from the University of Miami and created a large

enough fan base there to fuel a career back in the Big Apple, where re returned in 1998. Initially influenced by rock guitarists like Jimi Hendrix and Steve Vai, Kreisberg created new musical avenues to explore by adding the influence of classical composer Claude Debussy, jazz pianist Keith Jarrett and British fusion guitarist Allan Holdsworth. Now, Kreisberg is steadily becoming one of the most exciting new faces on the international jazz scene. His trio features young phenomenons Rick Rosato (bass) and Colin Stranahan (drums), playing Kreisberg’s bold originals and fresh interpretations of classic tunes. Jonathan also has

performed in the groups of Dr. Lonnie Smith, Joe Locke, Stefano Di Battista, Lee Konitz, Don Friedman and Ari Hoenig, as well as leading his own various groups on recordings including such notables as Larry Grenadier, Bill Stewart and Scott Wendholt. He has released five critically acclaimed CDs on the Criss Cross and Mel Bay Labels, as well as Trioing, Shadowless and One (his first all solo guitar recording) on his own New For Now Music label. His performance in Buenos Aires will also include selections from his upcoming recording, Wave Upon Wave.