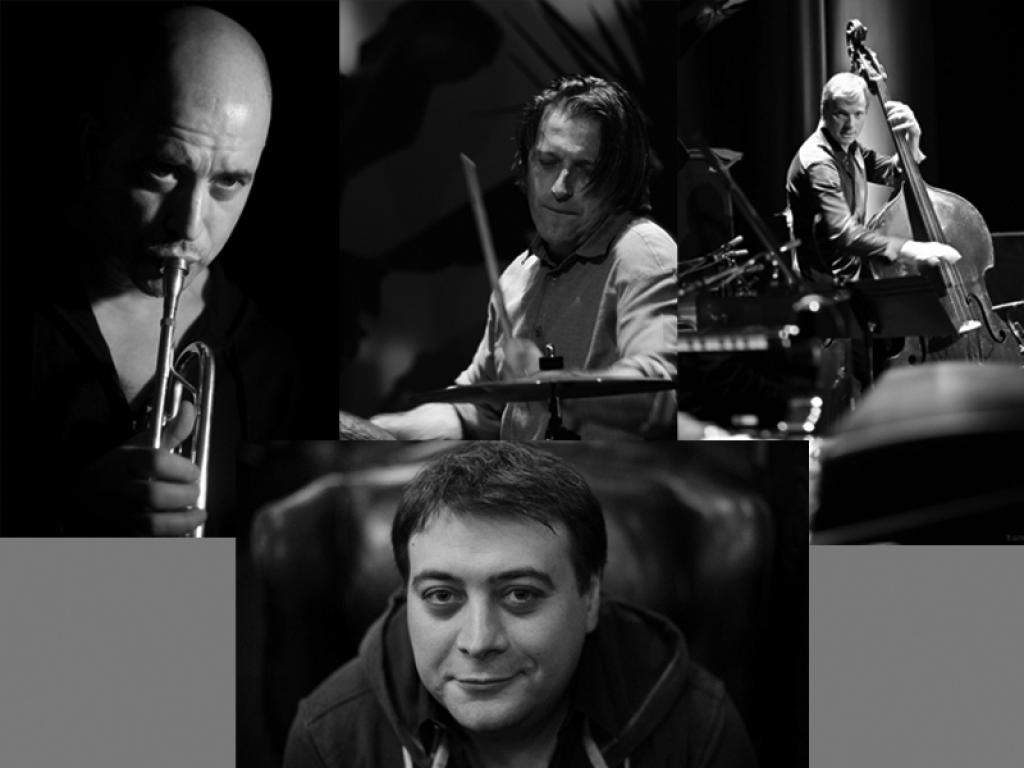 The artistry and musicality of brilliant trumpeter Flavio Boltro bears the characteristics of the unique Italian jazz: the ever-present melodic sense, the use of jazz tradition as a source of inspiration, and especially the unrelenting swing. Together with Enrico Rava and Paolo Fresu, Boltro completes a trilogy of Italic trumpeters who have popularized the “Italian sound” far beyond the peninsula’s borders. Born in 1961 to a trumpeter and jazz-loving father, Boltro began playing music at the age of nine. In 1984 he was voted New Talent by the magazine Música Jazz. When he was 25, he created the group Lingomanía with Roberto Gatto (drums) and Furio Di Castri (double bass), among others. The band received the Best Album of the Year award for two consecutive years. By that time, he had already collaborated with saxophonists Steve Grossman and Clifford Jordan, drummers Billy Higgins and Jimmy Cobb, and pianist Cedar Walton, among others. He later joined pianist Michel Petrucciani’s sextet. Flavio Boltro has released almost a dozen albums as leader, and the repertoire of his latest record, Joyful, speaks volumes for his musical taste – original compositions, traditional songs such as “Over the Rainbow”, pieces by Lee Morgan and Horace Silver, as well as a version of Sting’s “Every Breath You Take". The artistic partnership of Boltro and pianist Eric Legnini dates back to the mid-1990s,

when they played in the quintet led by saxophonist Stefano Di Battista, and continued through several projects. Born in Belgium in 1970, Eric Legnini began to study piano at the age of six. As a teenager already dedicated to jazz, he completed his studies in the United States, and upon returning home, he became teacher of Jazz Piano at the Royal Music Conservatory of Brussels. There, he met legendary Belgian saxophonist Jacques Pelzer and made his recording

debut on his album, Never Let Me Go, featuring Barney Wilen and Michel Grailler as guest artists. As a pianist, he first performed in Stefano Di Battista’s band and later collaborated with drummer Aldo Romano, guitarists Toninho Horta and Philippe Catherine, and the Belmondo Brothers Quintet, among others. He has released ten albums, including those from the Eric Legnini Trio and his project Eric Legnini & The Afro Jazz Beat. The quartet also features Franck Agulhon (drums) and Thomas Bramerie (double bass).