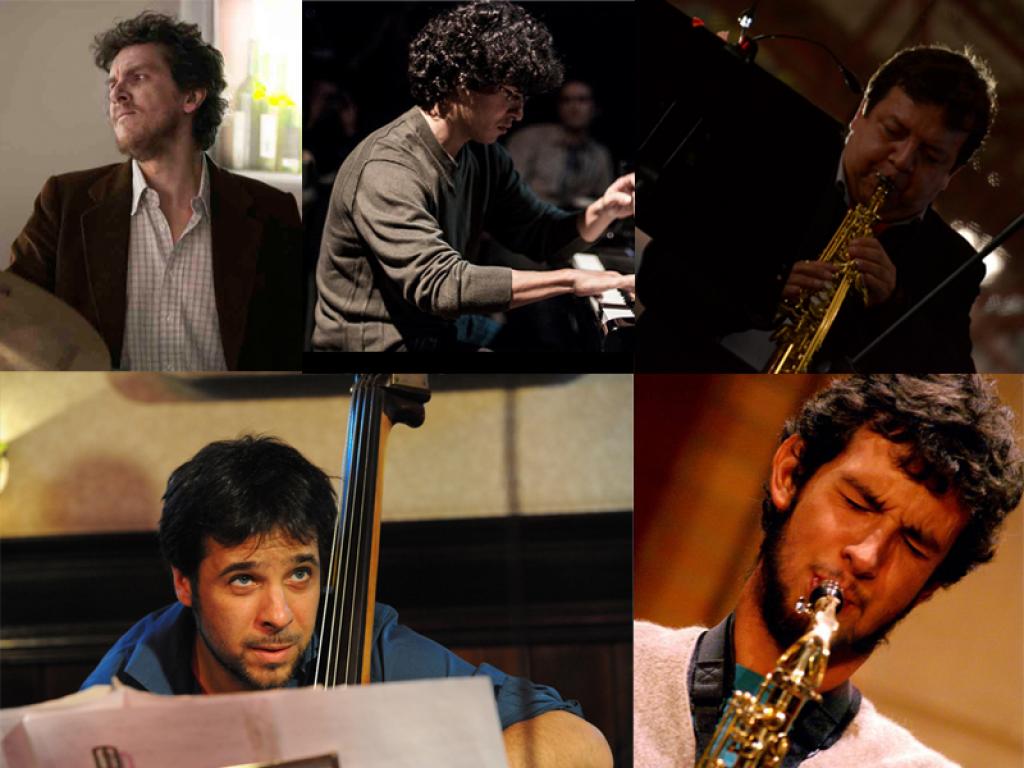 The musical universe of Colombian saxophonist and oboist Juan Benavides is wide. He has been a member of various Andean music groups playing the quena, plan flute and charango, in addition to serving as an arranger for jazz, salsa, Pacific folk and Latin jazz

bands in Cali. He is a member of the groups Zaperoco Magenta and Pentajuma Juan Manuel Toro Quinteto, and a sideman for saxophonist Francisco Dávila. Also, he teaches at the Universidad INCCA of his country and at the Universidad Javeriana. And there’s more:

he has played first oboe in the philharmonic orchestras of Bogotá and Valle. Born in Perú in 1986, drummer, flutist and saxophonist Juan Ignacio Arbaiza started

playing Afro-Peruvian rhythms such as landó, marinera and festejo. Then he moved to Colombia, where he continued studying music. He is the composer and director of Chasqui y Pacasmayo – a band with which he recorded Juega – and a member of La Revuelta, Del

Sur, Sarava, Redil, Pentajuma Juan Manuel Toro Quinteto and Bloco dos Jumentos, among others. Apart from collaborating with renowned Colombian jazz and folk musicians, he has played venues and festivals in that country as well as in Cuba, the United States, Perú, Ecuador and Argentina. Spanish bassist and composer Javier Moreno Sánchez has studied music at the New York University and the Royal Conservatory of The Hague, and received major scholarships for his work. He is active on the contemporary jazz, flamenco and other music scenes, having collaborated with such varied artists as Dino Saluzzi, Tony Malaby, Gerald Cleaver and George Garzone. In the last three years, he has been the musical director in the ultidisciplinary

production Wearing Lorca’s Bowtie, premiered at Off-Broadway theatre The Duke in 2011. He is currently working in three ensembles: Forze Domani, Aire and Marais del Sueño. Pianist and composer Rodrigo Núñez was born in Buenos Aires in 1981. He studied classical

music with Antonio De Raco. In 2006 he started studying jazz at the Manuel de Falla Conservatory. He pursued further studies with Enrique Norris and recorded as a guest on Norris Trío’s album Tríptico. He appeared on Pol Mourelle’s Polnografía, released in 2010. He is currently performing material from his first solo album, Vértigo seguro, from 2013, recorded together with Pablo Díaz, Ada Rave and Iván Viaggio.