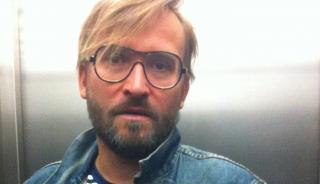 Active in Polish theater from the age of 20 years, he has created more than 20 performances, collaborating with many theater groups not only as a director but also as an actor, playwright, stage designer and curator. In 2002 he founded 2xU Theater / Usta Usta Theater. In 2007 he presented the performance “God, Honor, Fatherland (Catherine de Medici)” within the 1st International Festival “The City” in Legnica. And in 2008 at the Contemporary Theatre in Szczecin, the performance “ID,” awarded at the XII National Festival of the Art of Directing "Interpretations". Liber prepared multimedia shows for the Museum of the Warsaw Uprising too. In 2012, he received the Conrad Laurel – the grand prize of the XIV National Festival of the Art of Directing “Interpretations” in Katowice – for the performance “III Furie.” The show was also awarded in 2011 at the X Festival of World Premieres in Bydgoszcz and in the Competition for Staging of a Contemporary Polish Play.