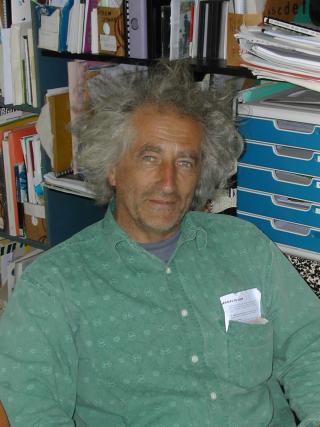 He was born in Paris in 1949. From 1968 to 1980, strongly influenced by the French critic Roland Barthes and the Sociologist Jean Baudrillard, he studied psychoanalysis, sociology and architecture and started work as a stage technical director, contemporary dance lighting designer and musical theater art designer. In 1978, he came across a small island in Camargue, a triangular region in the Rhône River delta. Since starting ilotopie, he has done performances in over 45 different countries all over the world as General Arts Co-Director along with Françoise Léger.