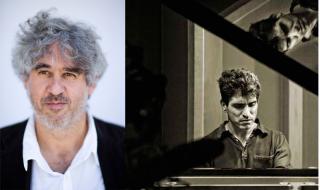 American saxophonist and avant-garde icon Tim Berne will perform in Buenos Aires with the trio led by Argentine pianist Ernesto Jodos. Critically acclaimed Berne has a career spanning over three decades. In addition to his works as bandleader, he has played the sax in the bands of Bill Frisell, Mark Helias and John Zorn, and currently works as a sideman for Michael Formanek, Ches Smith, David Torn and Drew Gress, to name a few of his collaborations. Berne has received many honors for his compositions, including the awards from the Shifting Foundation (1989), the New York State Council on the Arts (1989), the Birmingham

Jazz Foundation (1990) and the British Arts Council (1997 and 2003). He received commissions from the Kronos Quartet (1996), the Swiss Arte Quartet (2000) and many others. Also, he had residences at the McDowell Colony, the Civitella Ranieri (2002), and directed music workshops in Siena Jazz (Italy, 2009), SIM (New York, 2005-2013), the Lucerne Jazz School (2012) and Merano Jazz (Italy, 2013). One of his most recent albums is Shadow Man (2013), the second record released with his quartet Snakeoil on the prestigious German label ECM. The album includes six pieces: five original compositions – one co-written

of the Decade (Konex), and the Gardel Award for Best Jazz Album of the Year (2008 and 2009). He has been a sideman for Barry Altschul, Chris Cheek, John Hebert, Horacio Fumero, Billy Harper and Ingrid Jensen, among others. In this opportunity he will perform in a trio with Chilean drummer René Gatica and Spanish bassist Javier Moreno Sánchez, who is currently dedicated to his work in the ensembles Forze Domani, Aire and Marais del Sueño as a fellow of the Royal Academy of Spain in Rome. Improvisation is vital to the music of Jodos, but he also seems to draw influences from art music. His interest in classical music has led him to perform several concerts and record a piano duo album with great Argentine composer (and Astor Piazzolla’s last pianist) Gerardo Gandini, who died earlier this year. Additionally, Ernesto is an active teacher: he is the creator and coordinator of the Jazz program at the Manuel de Falla Conservatory and has taught many musicians.