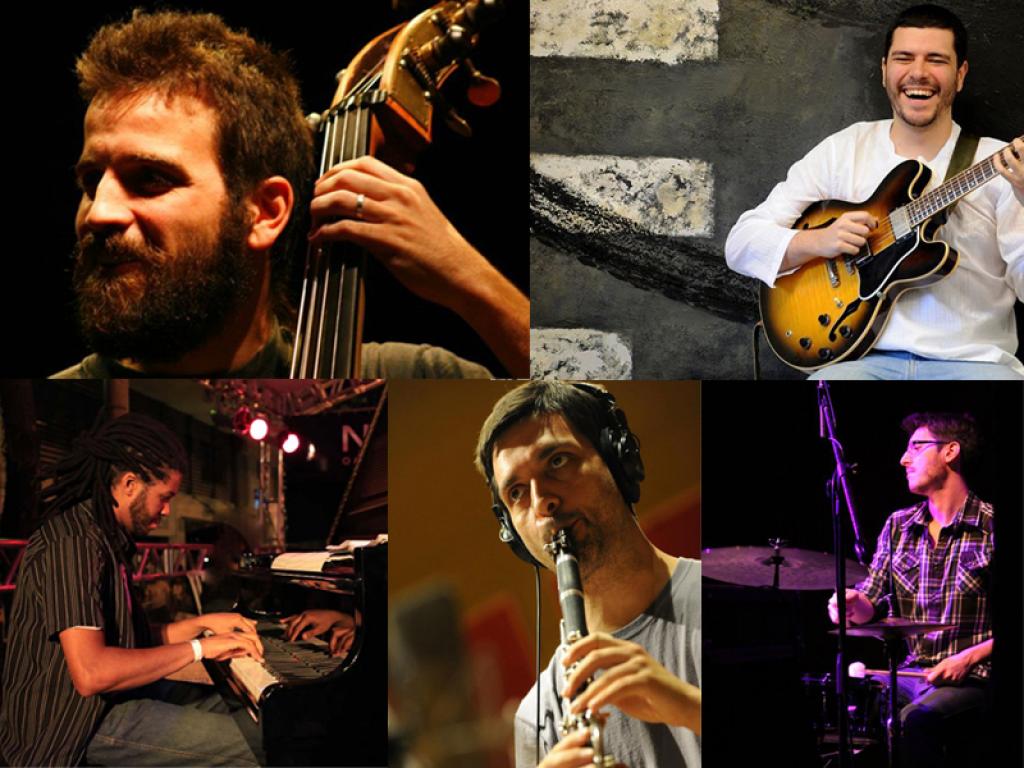 Brazilian pianist Fábio Leandro was born in São Paulo and studied at the Tom Jobim School of Music. He works as a band member and a sideman for singers. He was part of the Tom Jobim Orchestra and singer-songwriter Filó Machado’s band. He contributed as

The history of guitarist, composer and arranger Vinícius Gomes is related to musicians such as Roberto Menescal, Carlos Lyra and Francis Hime, with whom he has played. He has also performed as a soloist with the Tom Jobim Orchestra, conducted by Roberto Sion, for two years. He is currently a member of Banda da Patroa and bassist Rogério Botter Maio’s band. His activity does not end there: he was a columnist for magazine Guitar Pro between 2005 and 2007 and has written music for commercials and soap operas. He

worked in the staging of such Broadway productions as Hairspray and La cage aux folies. A drummer and composer graduated from the jazz program at the Manuel de Falla Conservatory, Martín López Grande has studied in New York with Jim Black, Nasheet Waits, Tony Malaby, Barry Harris and Barry Altschul. He has recorded six albums with Ada Rave Cuarteto, Florencia Otero Grupo, Tatiana Castro Cuarteto and Los Improvisadores Gráficos. In 2012 he released his first solo album, Manifiesto (PAI), featuring original pieces. He is an active member of the Colectivo de Compositores. Clarinetist, composer and arranger Emiliano Álvarez is dedicated to popular music,

trascending the borders of the genres. He currently leads the orchestra A Saidera of Brazilian popular music, and tours with Lito Vitale and Juan Carlos Baglietto. He was also a member of Ñu, playing music by Hermeto Pascoal; the Orquesta de Tango Victoria; the Ensamble Desarmadero, led by Marcelo Moguilevsky; and the duo Alvarezabala, with guitarist Cecilia Zabala. Bassist and composer Carlos Álvarez was born in Spain in 1979 and moved to Argentina

at a very young age. He has played and recorded with Jorge Navarro, Ricardo Cavalli, Juan Cruz de Urquiza, Gustavo Bergalli, Richard Nant and Patricio Carpossi, among others. He has also backed international musicians such as James Moody, Jon Seiger, Ron Anthony, Tim Collins and Jarmo Savolainen. His albums are Viejo cactus, Carlos Álvarez Quinteto, Otro jardín and Lado A Lado B.