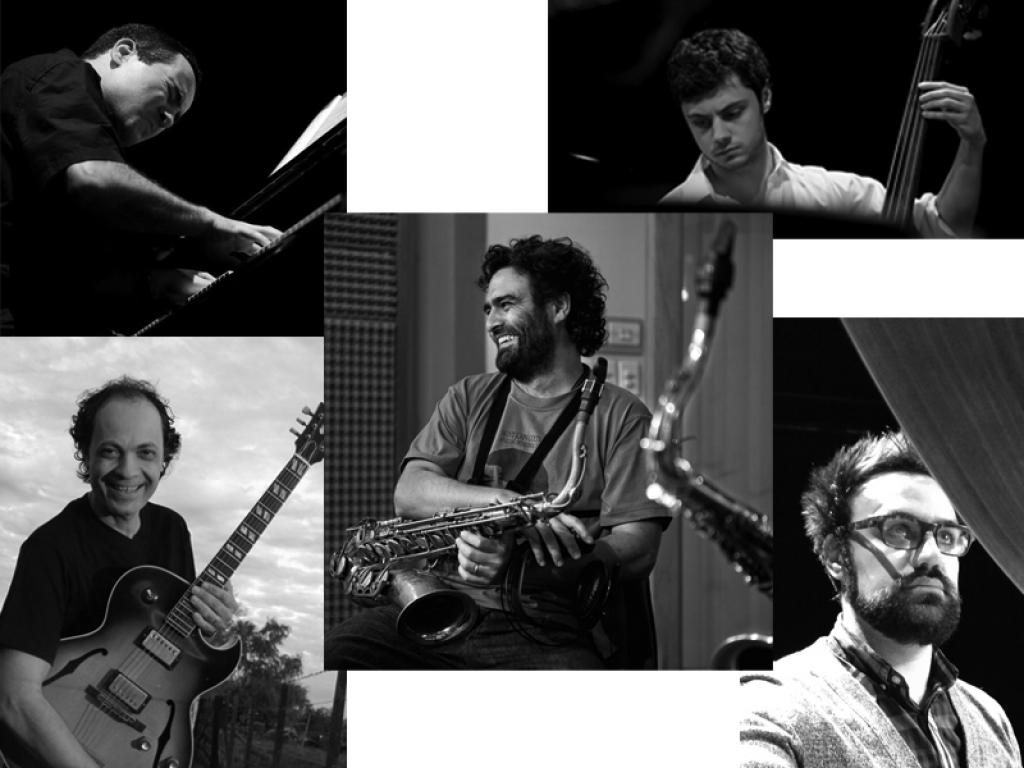 Born in Montreal, bassist Rick Rosato began to play professionally at the age of 18. In 2010 he graduated from The New School for Jazz and Contemporary Music in New York. He tours regularly abroad with groups such as Stranahan/Zaleski/Rosato trio, Ben van

Gelder Quintet, Gilad Hekselman and Will Vinson. Rosato has also performed with Ari Hoenig, Aaron Parks, Aaron Goldberg, Tigran Hamasyan, Dan Weiss, Jeff Ballard, and Lage Lund. He currently lives in New York, where he teaches and plays jazz clubs. Since his childhood in Denver, drummer Colin Stranahan has always been surrounded by music. As a teenager, he recorded two albums, Dreams Untold (2004) and Transformation (2006). He has studied at some of the most prestigious jazz schools in the US: Brubeck

Institute and Thelonious Monk Institute. He was one of the winners of the 2012 Thelonious Monk competition. He now lives in Brooklyn and is one of the most sought-after musicians in the area, working with artists such as Kurt Rosenwinkel, Jonathan Kreisberg, Fred Hersch, Terence Blanchard, among many others.

Argentine saxophonist, composer and teacher Ricardo Cavalli has an extensive career in jazz spanning more than twenty years, having collaborated with local and foreign musicians and released five albums as soloist. The latest one, Heart to Heart, was recorded with

tenor saxophone great George Garzone for sivorecords. The others are For the Guv’nor Suite – dedicated to Duke Ellington – La entrega, Súndaram and Trinidad. He has taught seminars for creative exploration and conducts improvisation clinics.

At present, pianist Pablo Raposo is currently dedicated to the development of two projects: Trío Índigo, with which he has recorded two albums, and Pablo Raposo Quinteto, where he performs his own original material. He also teaches piano, improvisation, harmony and jazz ensemble. Regarding his background, he has studied piano with Penaco Zaldivar, Edgardo Beilin, Guillermo Romero, Susana Kasakoff, and graduated from the music performance program at the Escuela Popular de Música SAdeM. Guitarist and composer Armando Alonso has trained many of today’s jazz musicians, as one of the founders of the Escuela de Música Popular de Avellaneda, where he worked as

Jazz Studies Director as well as a guitar and jazz ensemble teacher. Throughout his over thirty-year career, the trio has been his favorite format, which currently features bassist Rodrigo Cagnone and drummer Agustín Barbieri. He is known for his trademark blend of jazz and other rhythms from the Rio de la Plata area.