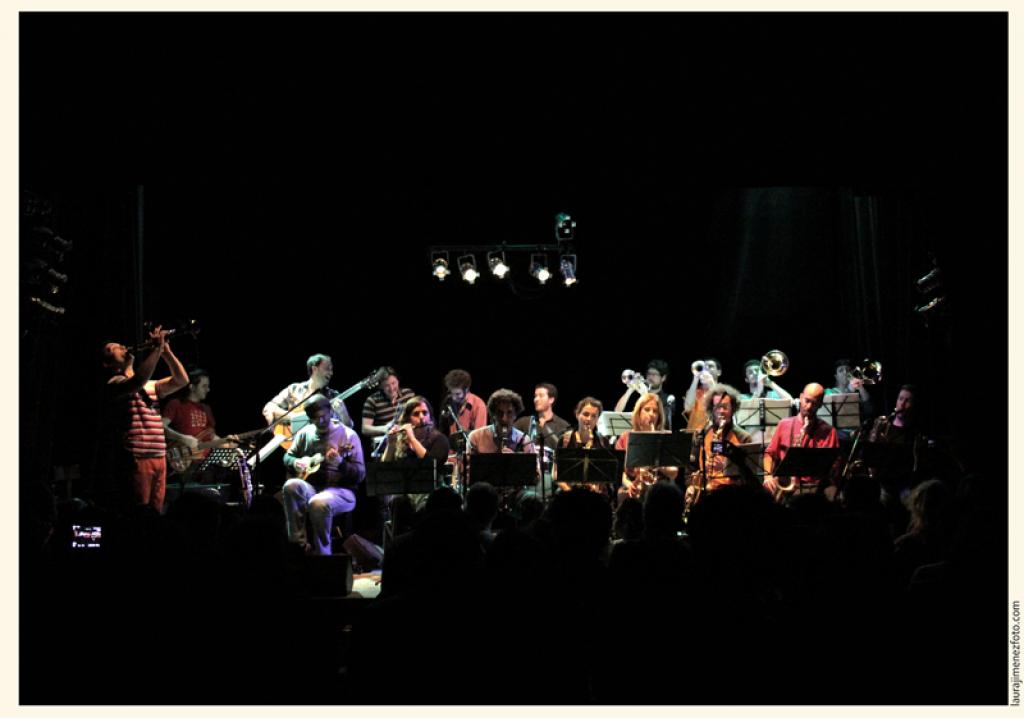 Be it by the driving force of its rhythms, the prominence of its figures or the mixtures produced throughout history, Brazilian music has proven to be an irresistible magnet that has crossed international borders and become universal. Argentine clarinetist, arranger and director Emiliano Álvarez gave a new twist to this historical trend: driven by his education and experiences in Brazil, he created an ensemble inspired by the music of the “orquestas a base de sopros” (wind orchestras), traditional groups performing such Brazilian rhythms as samba, choro, frevo and baião. Generally, these

ensembles are structured as a traditional big band and have a rhythmic and harmonic base with piano, guitar, bass, drums and percussion, and with additional flutes, clarinets, saxes, trumpets and trombones, as well as eventual vocals. The result is A Saidera, the first orchestra of this kind in Argentina. The ensemble, comprising 17 musicians and guest artists, has performed at such noteworthy local venues as Teatro Alvear, Centro Cultural del Sur, as well as at Café Vinilo, No Avestruz, Boris Club, the auditorium of the Embassy of Brazil, and Casa del Fondo Nacional de las Artes. It has also played live at such festivals as the Bossa Nova en Argentina (in its three editions) and the ECuNHi, and at the Feria del Libro Mendoza. Now it comes to the BAJ.