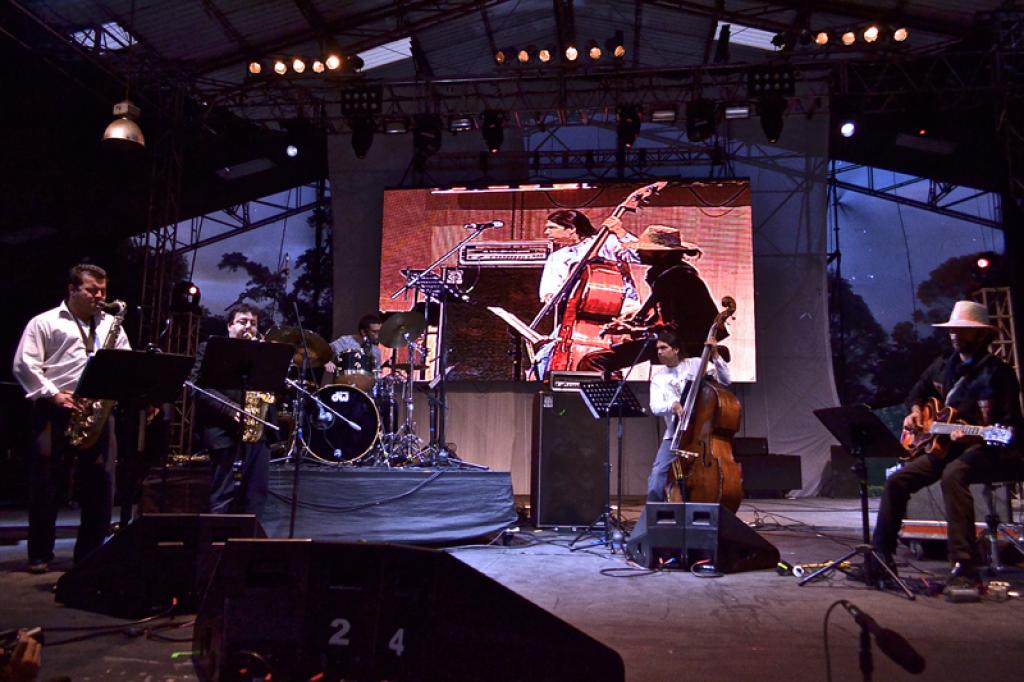 Jazz from Colombia. At a glance, this could be a suitable title for this concert by bassist Juan Manuel Toro (who studied with such musicians as Mark Helias, Drew Gress, Kenny Werner, Mike Richmond and Argentine Ernesto Jodos) with his quintet. The ensemble’s history begins when, after a decade playing as band member and sideman, Toro decided to put together a project of his own, with which he would record a first album titled Pentajuma. There, he features original Colombian folk compositions that draw on urban sounds, world music and collective improvisation. His music has always been well-received by the public and critics in his country whenever he played the Colombian music circuit, including such festivals as Festival Internacional de Jazz Teatro Libre, AJAZZGO in Cali, Jazz Domingo, and Festival de las Artes de Teusaquillo. Also, his band was invited to perform in Bogotá’s most important jazz event: Festival Jazz al Parque 2012. He has now released a new album, Danta, following the same format and path of his previous work, and will present it in the framework of the Festival. Led by Toro, the band is composed of Teto Ocampo (electric guitar), Juan Ignacio Arbaiza (tenor sax), Juan Benavides (soprano and alto sax) and Urián Sarmiento (drums).