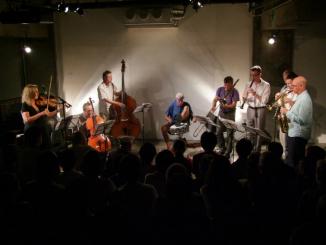 THE FESTIVAL KICKS OFF

Today at 8.30 PM at the auditorium of Usina del Arte, the 2013 BAJ kicks off with the concert of the Dutch ICP Orchestra. Like every year, this year’s Festival promises large doses of the world’s best jazz with performances by major international musicians – including Italian artists Flavio Boltro and Eric Legnini; the American Jonathan Kreisberg, Darmon Meader and Frank Carlberg; the Dutch Guus Janssen, and the Brazilian Rosa Passos and Banda Mantiqueira – and the best Argentine representatives from various generations – notably, Ernesto Jodos, Daniel "Pipi" Piazzolla, Horacio Fumero, Leo Genovese, Roxana Amed and many others. The Festival also offers the unique collaborative performances between local and foreign musicians of the “Crossings” section at Café Vinilo and Thelonious Club, and “The Classroom” activities – with more clinics this year, the singing workshop and the brand new ensemble workshops – along with free concerts and an unparalleled jazz film series. Six days to fully enjoy jazz all across the territory of the ever-musical Buenos Aires city.