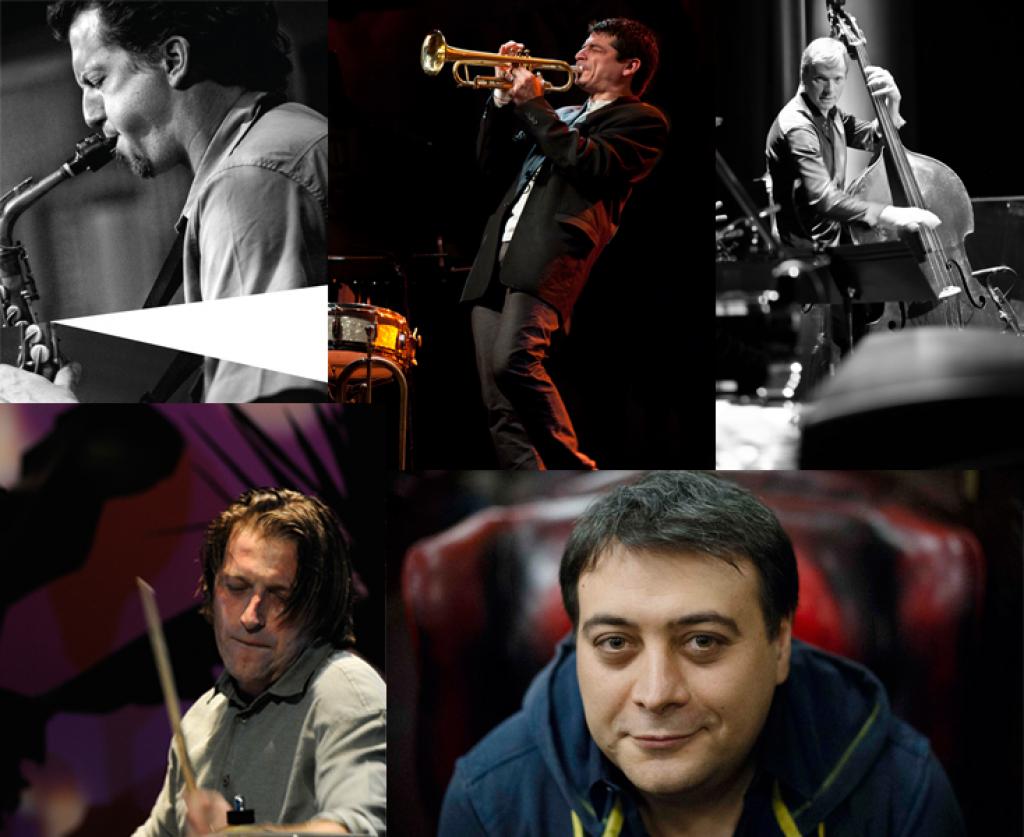 Born in Avignon, French drummer Franck Agulhon has studied music in the city of Nancy and undertook further training in New York, becoming an in-demand figure on the international jazz scene. His credits include work in the projects of Eric Legnini (with whom he comes to Buenos Aires), Biréli Lagrène, Pierrick Pédron, Flavio Boltro, Sylvain Beuf, David El-Malek, Christophe Dal Sasso, Pierre de Bethmann, Bojan Z, Baptiste Trotignon, Pierre-Alain Goualch, Stefano Di Battista, Géraldine Laurent and Diego Imbert, among others. 43-year-old Agulhon is also an active educator: he teaches at the Music Academy International in Nancy and is working on a 300-page instructional book to be released in 2014.

French musician Thomas Bramerie studied with Tony Petrucciani and Jean-Paul Florens, and soon made the leap from electric bass to double bass. He played with Chet Baker in Grenoble in 1987 and with Toots Thielemans at Hyères Festival in 1988. In 1997 he settled in New York to become a member of the trio supporting Dee Dee Bridgewater. Since then he has collaborated with a wide range of musicians, including John Scofield, Jerome Sabbagh, David Berkman, David Schnitter, David Sánchez, Ari Hoenig and Jean-Michel

Pilc. He also participated in educational programs and concerts in the United States in the 1970s with Miles Davis’s drummer Al Foster. Trumpeter Mariano Loiácono was born in Córdoba in 1982. He studied at the Escuela de Música Contemporánea and with Fernando Ciancio and Juan Cruz de Urquiza. He has

attended clinics with Wynton Marsalis and Chris Potter, and studied with Alex Sipiagin, George Garzone, Tim Hagans, Jeremy Pelt, Scott Wendholt and Jim McNeely. As a quintet leader, he recorded debut album I Knew It (BAU Records) and opened for drummer Billy Cobham at the Gran Rex. His second album, What’s New?, was chosen one of the top ten

albums of 2011 by magazine Jazz Is and was re-released by Rivorecords together with Warm Valley, co-led with Paula Shocron. He has recently released Hot House as a nonet leader, also on Rivorecords.

Saxophonist Gustavo Musso is member of Escalandrum, a band dedicated to blending jazz with other rhythms from the Río de la Plata area, with which he has won numerous awards and toured internationally. With his quartet, he has been playing material from his latest album, Our Song, a tribute to saxophonist Art Pepper recorded for Rivorecords.

Born in 1974, Musso began his formal studies at the school of the Musicians’ Union. He later received a scholarship to continue his training at the Berklee College of Music in Boston. He has accompanied numerous artists.