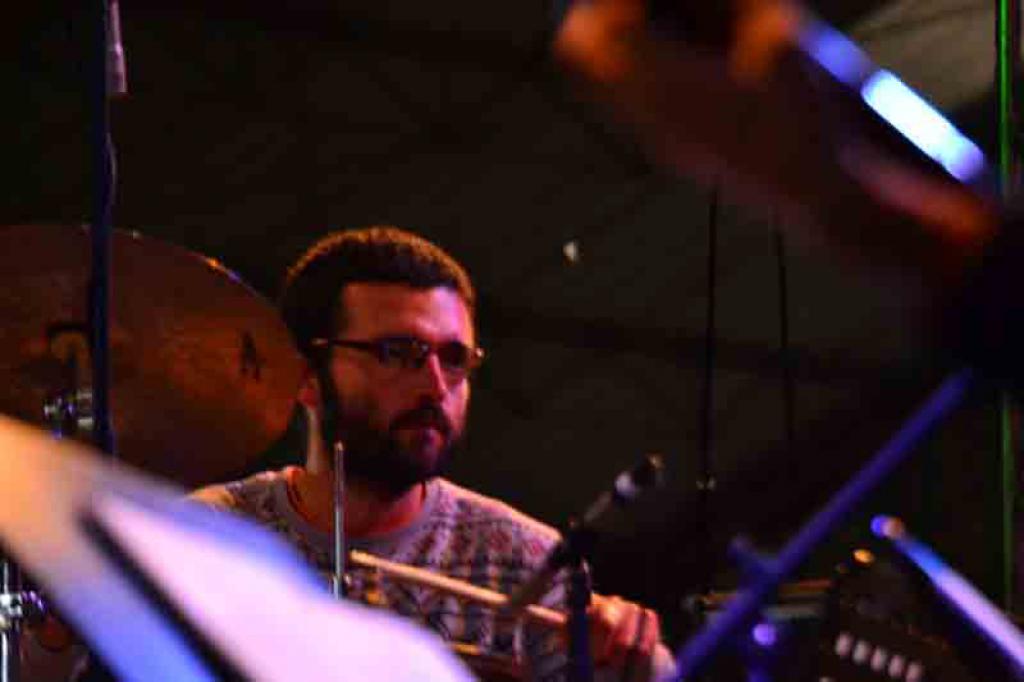 Colombian guitarist and composer Ernesto Dumas has a long musical career in his country, crossing rhythms, styles and boundaries. Holding a degree from the Musicians Institute (Los Angeles), he has worked with singer Carlos Vives and taken part in Bloque

de Búsqueda, a band that grabbed the interest of label Luaka Bop, owned by David Byrne, who produced one of its albums. In 2005 he released his solo album Teto, titled after his nickname, which is an acoustic production with influences from Colombian rhythms. He has also played in Nación Ceviche and other jazz projects. He is currently a member of Pentajuma Juan Manuel Toro Quinteto. Colombian bassist and composer, Juan Manuel Toro is one of the most active musicians on Bogota’s cultural scene. He is focused on the exploration of experimental languages, with influences mainly from contemporary music. He leads the projects Pentajuma Juan Manuel Toro Quinteto, Hombre de Barro, Sonoro Feta and Parsec Trío. He is also a member of Ricardo Gallo’s quartet and Víctor Hugo Rodríguez’s orchestra. He is an ensemble teacher and coordinator in the Music program at the INCCA University of Colombia, as well as a member of the ethnomusicological research group of such university.

Multifaceted Colombian musician Urián Sarmiento is a drummer, percussionist, bagpiper, researcher and producer. With the band Curupira, he has released four albums of experimental music, mixed with popular and traditional Colombian styles. He was the drummer

and percussionist for singer Andrea Echeverri and the band Aterciopelados, with which he toured for six years. He works as a drums & percussion teacher in the Music program at the INCCA University of Colombia and is the artistic director of the group Curupira and the project Sonidos Enraizados. Saxophonist Luis Nacht was born in Buenos Aires in 1959. He has recorded and played with Pepi Taveira, Pablo Bobrowicky, Mariano Iannaccone, Carlo Actis Dato, John Crawford, Ernesto Jodos, Enrique Norris, Oscar Giunta, Rodrigo Domínguez, Fernando Tarrés, Lucía

Pulido and Sergio Verdinelli. He was awarded Best New Jazz Artist (Clarín, 2001). In 2002 he played at Jamboree and the Nova Jazz Cava in Terrassa (Catalonia). He released Nacht Musik, El cuento del tío, El presente, Las nubes, Nacht Mood and Lo invisible. Harmonicist and trombonist Francisco Salgado was born in Buenos Aires in 1978. He has studied with Ernesto Jodos and Enrique Norris. He is currently a student in the Jazz program at the Manuel de Falla Conservatory. He performed at BAJ many times: in 2009, with Juan Cruz de Urquiza’s band; in 2011, with Valentín Reiners and American trumpeter Charles Tollivier, and with Proyecto Orgánico Rave; in 2012, with Milton Russell & Félix Lecaros, Cirilo Fernández and Juan Pablo Hernández.