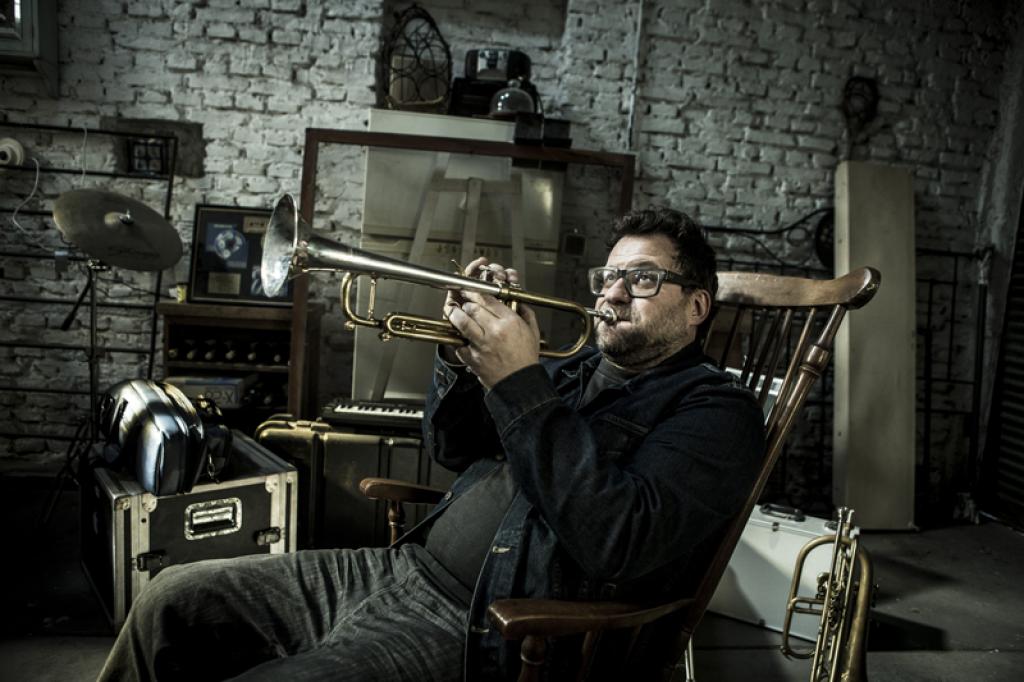 A multimedia artist. That could be a way to enter the universe of Gillespi, whose work as a radio and television host, along with his published books, brought him close to people through his trademark blend of insight, humor and poetic improvisation. But above all, Gillespi is a pioneering rock trumpeter, a devotee of black music, and a close collaborator with many music greats from the Río de la Plata area – the brief list includes Soda Stereo, Charly García, Divididos, Hugo & Osvaldo Fattoruso, Chango Farías Gómez, Walter Malosetti and Rubén Rada. He has built a career spanning more than two decades since his beginnings in 1984 in a duo with percussionist Kike Sanzol. With several solo albums under his belt, he has written music for films, received numerous awards and was chosen to open for Ornette Coleman, Maceo Parker, Dave Matthews Band, Erykah Badu, Dewey Redman, Bebel Gilberto and other eminent visitors of diverse genres.