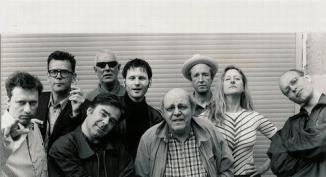 It’s just a short wait until good music begins to play. Tomorrow, Wednesday, at 8.30 PM at the auditorium of Usina del Arte, the Dutch ICP Orchestra, one of the big international names of this Festival, will kick off the 2013 BAJ with a live concert where the audience will enjoy their group dynamics and distinctive sound. Performing as a mixed ensemble (part jazz band, part chamber orchestra), the group led by drummer Han Bennink and pianist-composer Misha Mengelberg boasts unique qualities. Such as those highlighted by British journalist John Fordham on The Guardian, when defining them as a "talent-packed cornerstone of European free-jazz for 45 years" and characterizing them as a "unique team that combines abstract improve, Ellingtonian poise, and a raft of musical genres and performance art." Tickets for this extraordinary concert are already on sale: on this website and at the box office of Teatro Alvear (from Tue to Sat, noon-8 PM) and at Tu Entrada (from Mon to Sat, same hours).