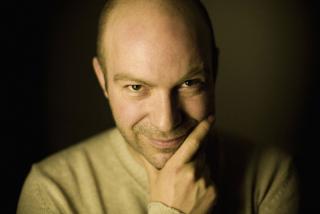 He was born in London and was educated in Paris and London. After training for a year as an actor at the Drama Center, he moved to Paris where he worked as Company Manager for the European tours of the Dave Brubeck Quartet, Murray Louis Dance Company and Pina Bausch. His films have been selected at numerous festivals worldwide, such as AFI/Silverdocs, FIPA, Venice, Telluride, Brussels and São Paulo.