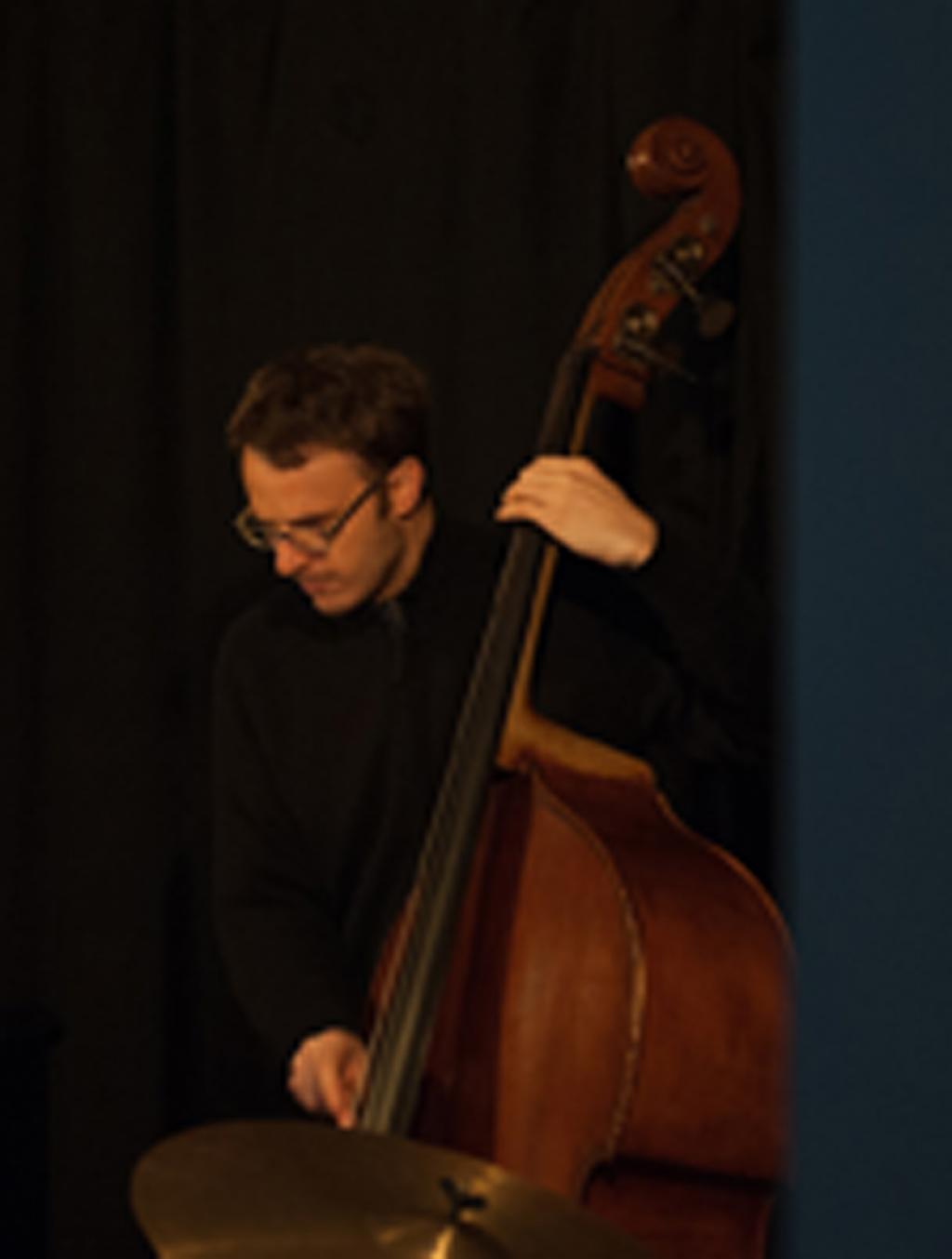 A restless musician, bassist Demian Cabaud alternates between different formats, ensembles and projects. He has released several albums as bandleader: Naranja, Ruinas and How About You? He will now present his most recent CD, titled En febrero, which reveals his many-sidedness as an original and innovative creator. The compositions and performance show a strong sense of space and interplay between musicians. It is a trio with a mature and solid sound as well as thirst for exploration, the result of which is fresh, challenging music. Though only 36 years old, Cabaud has already acquired vast experience in jazz: in addition to studying with Hernán Merlo and Miguel Ángel Villarroel, he received his musical training from the Instituto Tecnológico de Música Contemporánea and the Berklee College of Music in Buenos Aires, where he was granted a scholarship to pursue a major at Boston’s Berklee College of Music, graduating in May 2003. Moreover, the roster of singers and musicians with whom he has collaborated reflects his wide-ranging artistic activity: Mário Laginha, María Rita, María João, Lee Konitz, Chris Cheek, Mark Turner, Bill McHenry, Rich Perry, Rick Margitza, Seamus Blake, Ohad Talmor, Perico Sambeat, among many others. The trio also features Ernesto Jodos (piano) and Francisco Mela (drums).