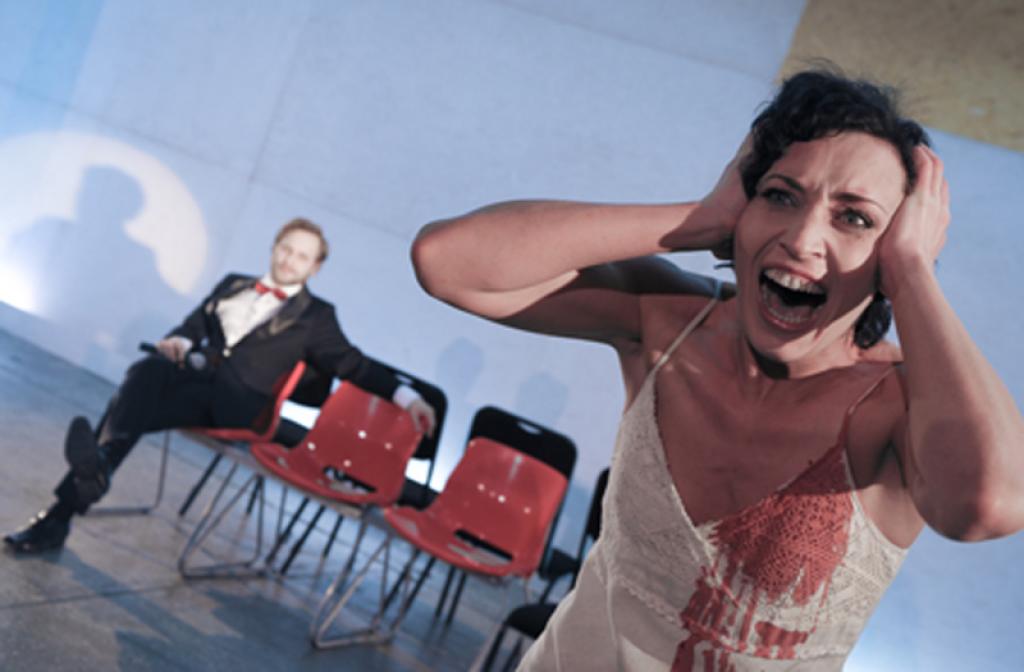 “III Furies” is a story about contemporary Poland entrenched in wartime trauma and timeless obscurantism. The main character, primitive Danuta Mutter, smothered her three children with her own hands, so as they couldn't interfere her husband's watching TV any more. Then she gave birth to her fourth child, Dzidzia (‘baby’), who was a mentally handicapped human being without limbs, suffering from hydrocephalus and other diseases. Taking care of such a monster allows her to wallow in self-pity, but when it no longer gives her pleasure, the mother decides to sell the kid at a street market… A parallel thread in the story is the trial of Stefan-Herakles Markiewicz – an executioner-sadist from AK (Home Army) – who is based on Stefan D?mbski, an actual AK soldier, whose memoirs has been published by “Karta” Centre (a Polish non-governmental organization documenting and popularizing the recent history of Poland and Eastern Europe). These two stories are like two sides of the same reality, two forms of Polish abomination. “III Furies” violently breaks down all taboos, which can have destructive as well as cleansing power.

Modjeska’s Theatre in Legnica, for the past 19 years under the artistic direction of Jacek G?omb, is one of the most successful theatre companies in Poland. The artistic focus and vision of the company is to link performance activity with specific space of the city. The company is known for its sometimes even controversial social commitment, which makes the creators display on the stage the problems of contemporary Polish society and pose some often inconvenient questions. The Theatre has been many times rewarded; its performances were presented in Europe, Russia (with Siberia) and USA.